The much hyped magnum opus, director Jayathirtha’s film “Banaras” has notched up a new high after its audio rights were acquired by T-Series and Lahari Music. The companies spent a whooping price on the deal, which is supposed to be the highest amount ever paid for music rights down South. Released in five different languages, Banaras marks the debut of Zaid Khan and Sonal Monteiro as the leading lady.
The beautiful ghats and lively streets of Kashi have always tempted the motion artists to weave a story around them, Banaras gives prominence to the culture and the city in the most aesthetically pleasing way possible.
Lead actor of the film, Zaid Khan says “Getting a platform to showcase my acting and winning the trust of T Series and Lahari feels surreal. I hope I live upto their expectations”
Director of the film, Jayathirtha says “If we stand on the steps of the Ganga at Banaras, we can witness the folklore, classics and chanting of Ganga moods and this is the voice of India and its culture. We designed that soulful sound in throughout film and Mr. Ajaneesh Lokanth has given his best to bring amazing numbers in the movie. Its our honor that the Lahari and T-series has recognized and paid a huge amount for audio rights. I  am personally humbled and very thankful to Lahari and T-series for this great recognition”
Producer Tilakraj Ballal says “Both T Series and Lahari are big globally recognised labels, their association with Banaras is our honour. We hope to reach out to the maximum number of people possible through them”
Music Director Ajaneesh Loknath says “Music of Banaras is unlike anything south has ever witnessed. Music can make or break a film, T Series and Lahari’s association with us is a compliment to our music”
T Series says “We trust the team and their vision with the film Banaras and we truly believe in each and every project we associate with and Banaras is a magnum opus that should reach to maximize audience”
Lahari music says “It’s a proud  moment for us to be acquiring the music of “Banaras which is a such a delight & a special music which we are looking forward for all 5 languages would be a sure hit” 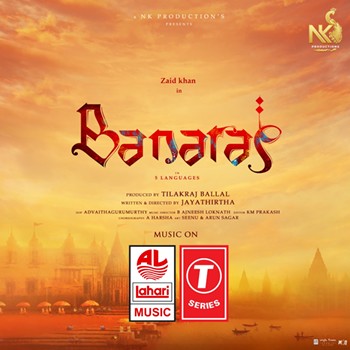 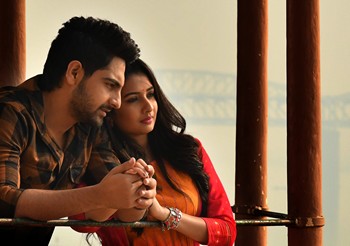 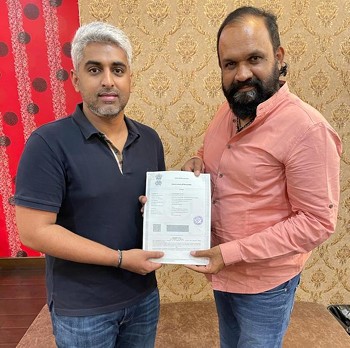