The film has been shot in Ahmedabad and Hyderabad in 4 and ½ days  without written script and all dialogue were spontaneous on sets.

HYDERABAD (ANDHRA PRADESH) INDIA: The art of story-telling has traditionally occupied a certain pride in Indian cinema. Venu G. Somineni a.k.a Maitreya, the U.S. based techie has joined the ranks of young trailblazing filmmakers who are reshaping cinema with exceptional story-telling. The amateur has ventured into the tricky entertainment industry with a subject of restructuring the rules of cricket with his maiden feature film.

Rightly titled as, Asli Cricket, his film brings in certain reforms to the game of cricket in an interesting and entertaining format. According to one of the unit hands, “The movie made on a moderate budget and minus the regular script format is a sincere attempt to the Indian Cricket Board too to reformat the rules of playing.”

While many seasoned makers take months to complete the shooting of their film; the first-timer Venu G. Somineni a.k.a Maitreya has created a record of sorts by wrapping it within four-and-half days. –  three-days in and around Ahmedabad and one-and-half days in Hyderabad.

Veteran Mr. Rakesh Sabharwal of Prince Movies (prince2010movies@hotmail.com) who is based in Mumbai is handling the film’s marketing and distribution.”

Hailing from Andhra Pradesh, Venu is a gifted storyteller whose talent transcended from graduating in Computer Science (BS and MS) from Coimbatore (India) and attending advanced management course in the U.S to a tech entrepreneur. He further led to successful careers in academia by mentoring, inspiring and accelerating growth and innovation including authoring critically acclaimed paperbacks by unlocking individual’s true potential. He has developed a NoSchool.app in education at Cupertino in California which is a huge success.

“Software business has got nothing to do with the movie apex platform. That is developed for professional teaching only, “ reveals Venu G. Somineni.

He further says, “Film making is a creative medium and due attention has to be paid to all the departments. I won’t say that I am very much into films or the game of cricket. Nor I have been to any school for any kind of film training or visited any sets. I have this gifted technique of narrating interesting stories. We have to bring life to our stories and justify the subject with a moral which should be etched in the audience mind after watching a film. I wanted to say this appealing story about cricket and films are a perfect medium to say that.”

He further adds, “The game of cricket in different formats is being played all over the world. India too is the biggest cricket playing country. 8 out of 10 people are keenly interested in the game of cricket.  Many bio-pics and subjects around cricket have been made. This is the first film where we brought new rules in the game of cricket. It is challenging mind game for each other…. between a batsman and a bowler and the scores will dynamically go up or down based on the challenge. The bowling side wants to bring the score down while the batting side wants to increase the score….two rules for batsman and two rules for bowler… where one does not have to wait, till the last ball to turn on the tables. In other words “Asli Cricket” is a fascinating and motivational movie filled with lots of emotions.”

Regarding the unknown faces in the film’s star cast, he elucidates, “There are lot of youngsters and new comers who are great performers. The film has more than 100 plus actors in pivotal roles. To be honest with you, the story itself is the hero. Though the film is based on cricket, but you won’t see more of cricket games being played throughout. Something happens and there is this ‘Team India’ and its board to prove its mettle accepts the challenge to play the game of cricket with the ‘Rest of India’ with a new set of rules.”

“We have four songs in the film which are scored by Samir-Mana duo. They are veteran music directors down South and have provided music in more than 200 films. All the songs are situational and are melodious numbers. One is a title song which describes the evolvement of cricket, how it came to our country and the development of the game… The movie is based on the backdrop of Gujarat and thus we have a soulful garba number too,” highlights Venu.

The writer-director surprisingly reveals, “We have shot the film post-lockdown in August for 4 and ½ days in Ahmedabad and Hyderabad. Every day we had a 3-camera set-up. It was Black Magic 6K and for the final day we added 2-more cameras. I as a director did not have any assistants under me. We did not sound the clapper board for any scenes. There was no script on the sets. I had the full film in my mind.  There was no dialogue to be remembered. I infused the narration to the characters as per the scene and the moods and the actors were at liberty to say the lines as per the story. There was no spoon feeding. The story is relevant and will connect with the world, especially the youngsters and the masses.”

He further elucidates, “The post-production work was managed by Incube Pixel. The editing took some additional time. The first cut was of two and half hours and thereafter we went for a sharp editing and now the film’s running time is of 1 hour and 40 minute duration. We have also added Dolby Atmos for enhanced quality and international markets. The film is not only for the class audience but for the masses on the whole. It has also been certified by the censors’ with a ‘U’ certificate. With cinema halls opened, we are also looking forward for an early theatrical release and will also stream it on OTT platforms and other satellite and electronic mediums.

The film has unique elements that hardly happened in the history of cinema….the film being shot in 4 and ½ days without written script and all dialogue were spontaneous on sets. 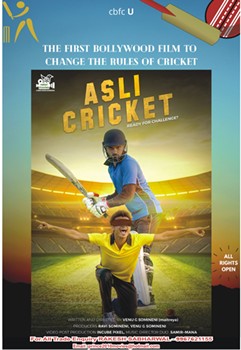 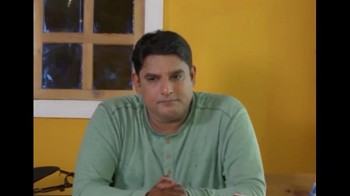 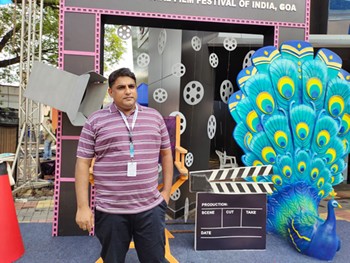 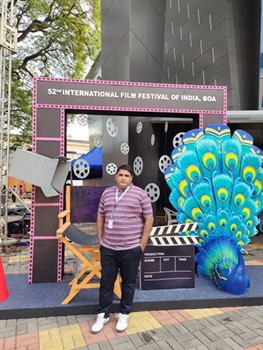 Being made under the banner of Natural Movies the film is jointly produced by Ravi Somineni and Venu G. Somineni.